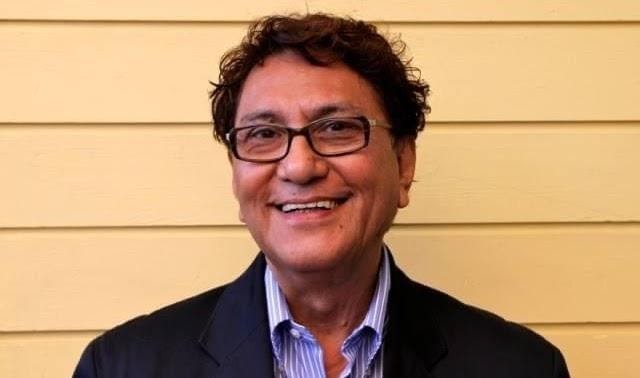 Larry T. Baza, a native San Diegan and graduate of San Diego High School, died on February 20 due to COVID-19, just shy of his 77th birthday. Baza was a champion of the arts and a cultural titan in San Diego. Baza served as the founding President of the VAPA Foundation, an organization dedicated to the support of visual and performing arts education in San Diego Unified School District (SDUSD).

SDUSD’s Visual and Performing Arts (VAPA) Director Russ Sperling said “Larry told me that it was the theatre and visual arts programs at San Diego High that opened up a world of possibilities to him and changed his life.” Sperling cited that Larry’s life is an example of VAPA’s vision statement, “transforming lives through the arts.” So when Mr. Sperling approached Larry to ask him to help launch a new VAPA Foundation, Larry immediately agreed. It was in Larry’s nature to always give back, and he knew that by serving with the VAPA Foundation he would have the opportunity to impact the lives of thousands of students, which he has done.

Larry’s impact in San Diego goes well beyond his work in the school district. Larry touched every area of the arts in San Diego. He served as chair of our city’s commission for arts and culture, and was serving as chair of the California Arts Council this year. He also served with the National Endowment for the Arts, National Association of Latino Arts and Culture, San Diego Community Foundation, and Diversionary Theatre, among many others.

Larry leaves a legacy of work on behalf of social justice. He was Executive Director of Centro Cultural de la Raza in the 90’s, at the time it emerged as one of the most important Chicano, Mexican and Indigenous American cultural centers in the Southwest. He served as co-chair of the San Diego Pride board, and was actively involved with fighting for LGBTQ rights his adult life.

VAPA sends its condolences to Larry’s husband and partner of 37 years, Tom Noel, knowing that Larry’s legacy of advocating for arts education in San Diego Unified will live on and continue to impact the lives of our students.